Thanks to Lizzy Writes Reviews for her review of my book Space Police Files! What did she have to say? 🧐 "I just finished reading Space Police Files by Jay Sandlin and… wow! It’s been a long time since I’ve read a traditional science fiction book and even longer since I, ya know, *liked* it.
Read More 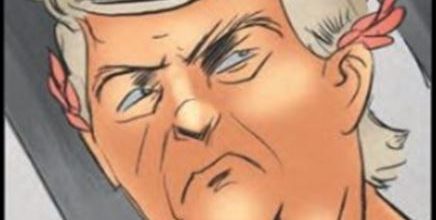 False Edicts is an irreverent piece of comedic satire, placing the modern American political arena against the backdrop of Ancient Rome. The leader of this bungling senate appears very familiar, with orange skin and a terrible hairline, shouting down every story against him as “False Edicts!" as he attempts to make Rome great again. Follow the chaos as other Senators attempt to elicit truths when a plague runs rampant throughout the Roman Empire.
Read More

Pt 1. of the interview with Heather Antos talking #writing and editing for #Marvel, #StarWars, the making of #Gwenpool & more!
Read More

After a brief hiatus due to a pesky pandemic, my new comic book releases are returning in June!
Read More 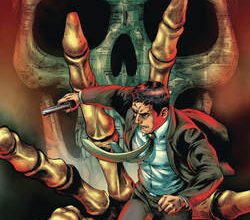 BlackBox comics continues a solid run of release with Psycho List, grabbing the reader's attention from the first opening sequence and leaving them wanting more at the end of the issue. Just like a good comic is supposed to do.
Read More