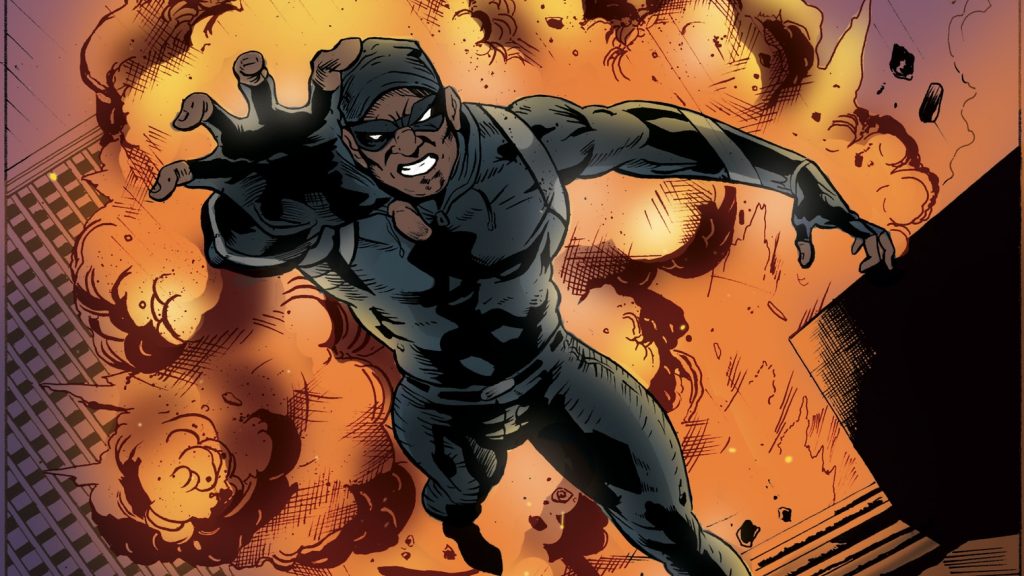 Writers today have more opportunities to create and publish than any time in human history.

Think about it. We’re living in a new Renaissance of entertainment due to the Internet. Ivory tower publishing houses are no longer the sole source for would-be bards with a muse in their heart. Comic creators especially have multiple outlets for making graphic novels, even creating self-funded, creator-owned, projects through crowd-funded sources like Kickstarter.

One such story from the glamorous world of crowd-funded comics comes from writer Brian L. Hawkins‘ Cornrows: There Are No More Heroes #1, from Gnosis Entertainment. Cornrows is the story of Theo Mayfield, a high school PE teacher who trades form-fitting night-stalker garb over his traditional whistle and gym shorts. Theo becomes disillusioned with the justice system when one of his students is brutally murdered, choosing to take action himself as a nighttime vigilante figure. 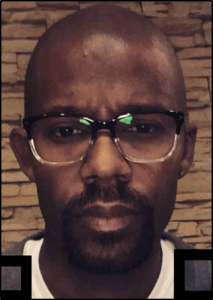 To be clear: this is not a superhero book; there are no tights, magic powers, or kryptonite. Heavy themes of social injustice accompany graphic artwork, not pulling any punches with ink-stained gore in the stunning artwork. A book filled with so many moral shades of gray is ironically drawn in black and white, like some of my favorite indie comics today, with a high level of attention to detail without overwhelming the eye with nuance from the art team.

My favorite thing about the book is the feeling of realness in the characters. Especially in Theo’s daily life scenes working his job at a school, coming home tired to his apartment, and trying to organize GenZ loudmouths in a game of dodge ball in the gymnasium. Unsung heroes of the comic book industry are the letterers, and anyone working on creator-owned projects should not skimp in this area. The lettering in the school scenes does an excellent job of keeping a loud, noisy, gymnasium feeling while remaining easy for the reader to understand and comprehend, a testament to the book’s lettering. Younger readers (at least 13 and up) tuning in to the daily life scenes will enjoy the behind the scenes look into a teacher’s day at work, while adult readers like myself recognize just another day at work.

Hawkins certainly knows something about a teacher’s day at work, working daily as an English teacher in between editing for Mad Cave Studios and other freelance writing gigs. Hawkins described his first creator owned project in some time as; “a grounded superhero universe,” where realism and social justice issues dominate the narrative over colorful super-powered fights. With more options for funding and publishing, the graphic novel market explodes in genres outside the traditional superhero comic and into books covering multiple themes in genres. Regarding Cornrows, Hawkins feels the book is about choices. “It’s about one man, Theo Mayfield, and his choice to do something in response to a tragic life event.”

What I like best about Cornrows is the questions the book raises regarding social justice. When reading issue 1, consider a few key questions for discussion with fellow readers:

Theo immediately became an interesting protagonist to me as the issue gradually uncovered his closest connections in life; in an organic manner, never jammed down my throat, but still providing key details to understand the scope of his world. Theo’s Muslim wife serving as a police detective along with an apathetic brother–who appears to drink a bit too much– acting as the mayor provided great insight into all Theo stands to lose if his quest for vengeance goes awry. I can’t wait for the inevitable confrontation between Theo, the masked vigilante, and his older brother, the mayor. I imagine both sides will require copious amounts of alcohol for these panels.

At first, I didn’t think Cornrows would pull me in because of the crime genre, one I normally do not partake in. However, Theo is wearing a mask while distributing vigilante street justice on a level somewhere between Netflix’s The Punisher and Arrow season 1 on TheCW. If those projects are considered superhero genre, isn’t this? Street vigilantes like Theo don’t bother with masks, slogans, or shy away from killing their enemies. Theo embodies an anti-hero, crossing lines to reach his goals with justice as his personal justification for committing violent, otherwise out of character, actions. After reading issue one, I question Theo’s ability to separate justice from vengeance. Yoda taught once you step down the dark path, forever will it dominate your destiny. Theo’s destiny seems to be to fall down a rabbit hole of violence, with his own wife assigned to hunt him down and his politically-charged sibling championing his capture. If I’m right, I can’t wait to watch this urban tragedy unfold over the following issues. If I’m wrong, I can’t wait to see what Hawkins has in store instead for Theo and the rest of the cast.

I give Cornrows a 10/10, for excellent action-art, handling of complex issues, and more family drama than a season finale of Married With Children. After reading issue 1, I am rooting for Theo to find justice for his student while maintaining a strong relationship with his detective wife. By the by, I’ve also named myself founding member of the Miss Carter’s Fine Ass Club, meetings every other Thursday in the chorus room. Bring snacks.

The hardest aspect for me to swallow in an otherwise believable story, however, is Theo managed to fight and kill his way through major action scenes, yet never loses his earbuds. Seriously? Mine fall out while I’m laying in the hammock, but big man over here is doing some krav maga shit while never missing a lyric of Time After Time. Are you sure he doesn’t have superpowers, Hawkins? 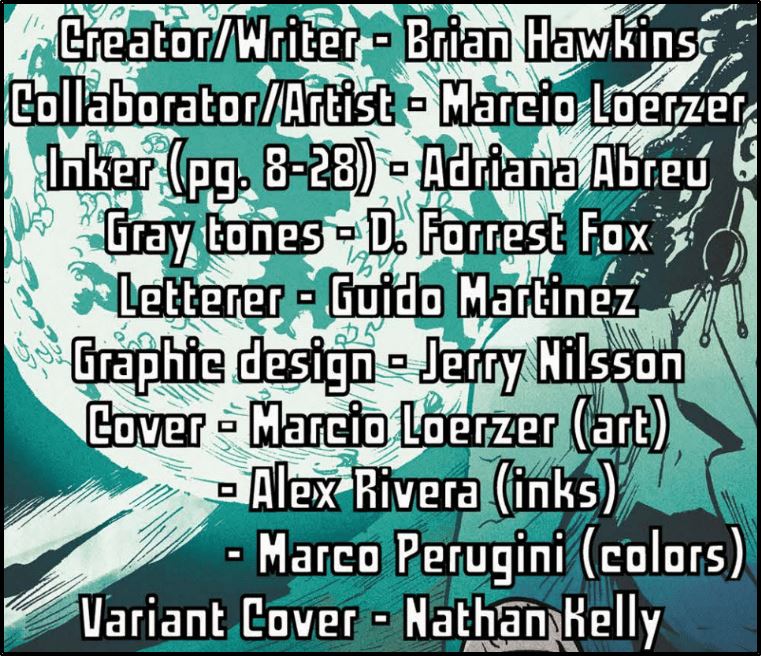 Pick up Cornrows on Kickstarter today!