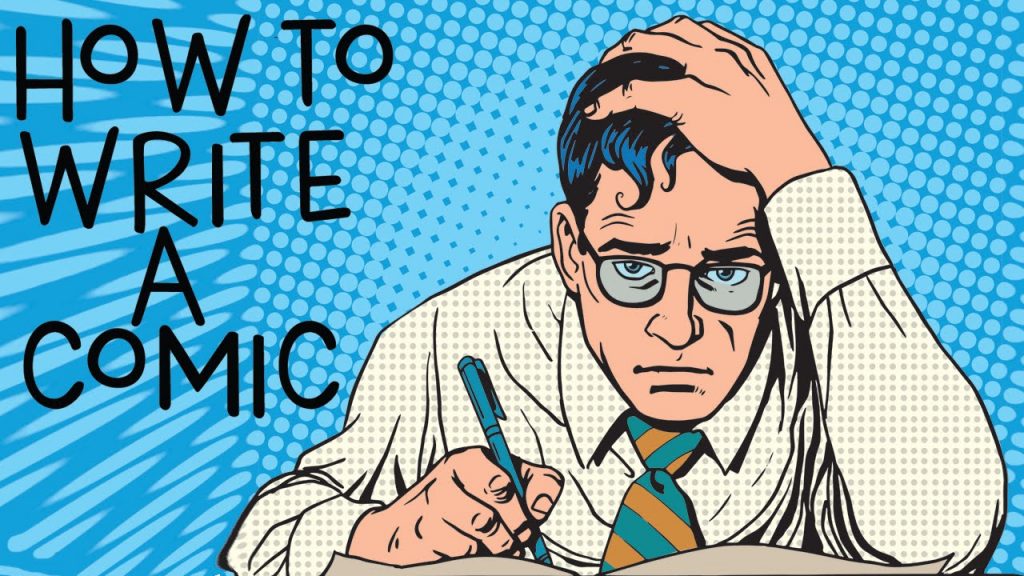 Please note, there is no one way to make a comic script. But some editors have told me they like my way, so I decided to create a free template here on my website for any aspiring comic writers to study when working on their next masterpieces. Remember: less is more. Unlike writing prose, a comic script is written for an audience of a few– primarily the artist and an editor.

If you’d like more detail on the art of comic book writing, the two books I recommend and studied shortly before Mad Cave Studios hired me for my first book, Over the Ropes, are:

Now, for the template: I use a Times New Roman font, but whatever you use make sure it is easy to read and use the same font consistently throughout.

Panel Number (12 point. Bold font). Panel descriptions, keep them short and neat. Specify key categories: Interior or Exterior (If exterior, must specify the time of day). Location. Type of shot: Wide shot, medium shot or close. You may also specify if one panel is larger than the rest or a full/double page spread. No more than a sentence or two about what’s going on in the panel, also a good idea to specify which character is facing the reader and/or which shows their back. Optional: provide links to reference art. Don’t be afraid to include reference art in your scripts. If you have something specific in mind for how a panel looks, link to your reference art last.

Panel Number (12. point. Bold font).  Remain repetitive and consistent with your panel descriptions. Continue to copy paste the same key categories every panel they’re used until you change locations. Do not simply assume the artist can keep track of where your brilliant story is going from panel to panel when it takes only seconds to copy/paste from the previous panel.

Panels A-D: When two separate actions appear in the same panel/space, letter your panels. Example: Panel 1A, Panel 1B. If you have an A you must have a B. Note: Do NOT use lettered panels as an excuse to cram in more action, your letterer will have your head on a platter.

Panel 1. Exterior. Roman amphitheatre. Day. Large panel. Trump Senator (Princep Senatus) stands in the middle of the stage, speaking bombastically to his supporters, keep his back to audience.

Panel 2. Exterior. Roman amphitheatre. Day. A group of old senators on one side of the amphitheatre, looking happy and attentive as they applaud Trump. Also dying of plague. (Body parts crumbling off, sickly, etc.)

Panel 4A. Exterior. Roman amphitheatre. Day. Trump’s (still seen from behind) as he looks off-panel, very annoyed/crosses his arms. 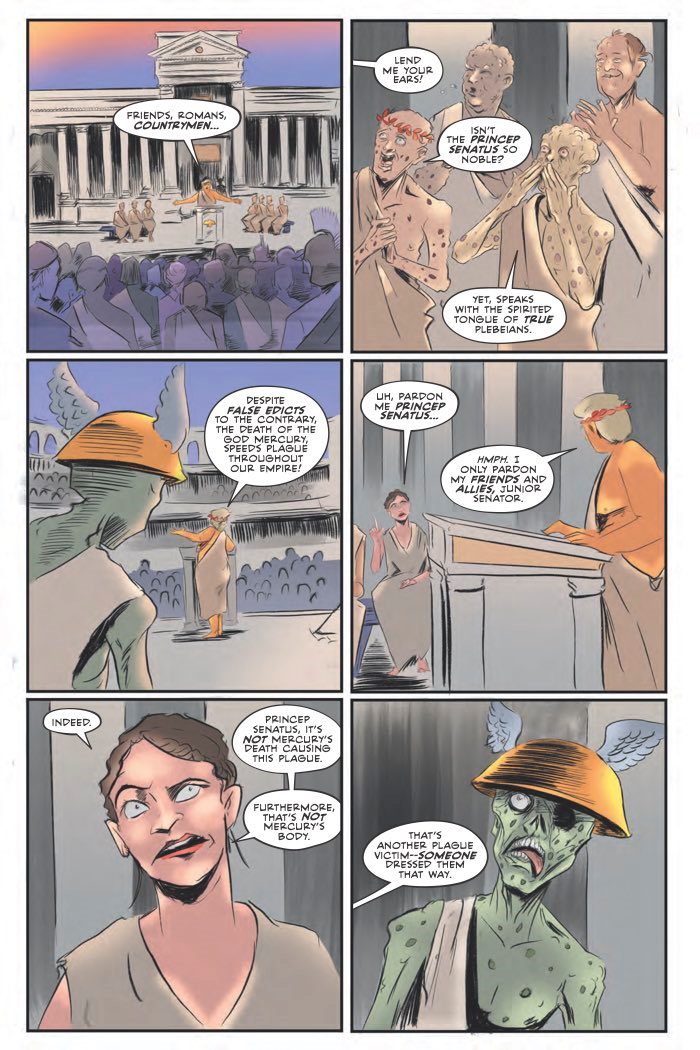 You may think of a comic book as your story and in a way it is. But “your” story will pass through several different hands before an editor finally clicks that “Publish” button you’re itching for. The artist will take your script and create layouts, which may vary in some ways from your script pages. Unless you plan to be the writer, artist, colourist, letterer and your own editor, be ready for variations in what you wrote, described and envisioned from start to finish.

Comics are a team effort, I hope you get a chance to play!

If you haven’t already, don’t forget to pick up the Hellfighter Quin TPB, available at your LCS, Comixology or HERE from Mad Cave Studios