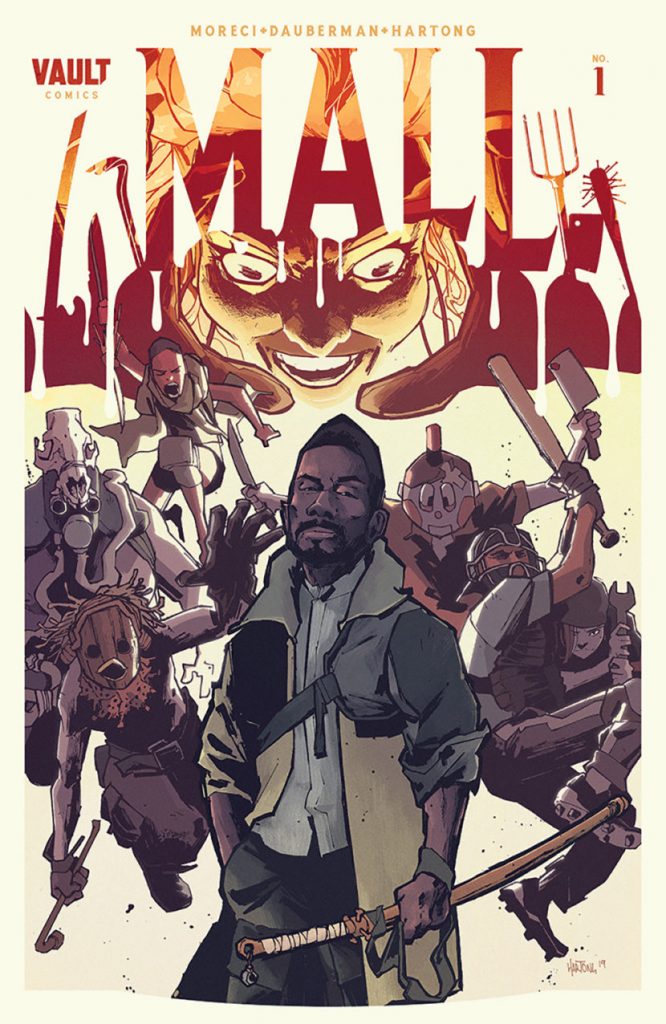 After capitalism ends, Mall begins. Written by Michael Moreci and Gary Dauberman, Mall takes readers back to where they always wanted to spend Saturdays and makes sure they never want to darken the automatic doors again. Seriously. After reading, Mall, I’ll never look at a JC Penney the same.

Mall takes place in a world where monuments to greed and overabundance became husks to house remnants of humanity in a post-apocalyptic world. The scariest thing about Mall isn’t the chilling gang violence or the death cults in sporting goods– it’s the feeling of how real this fiction has the potential to be. The opening prologue provided details regarding the world that was (our world), several generations prior to the events of the story. The ice caps melted, countries fell apart; events we’ve all been suitably warned about for decades– by crazy, book-readin’, scientists— all came to pass. A world in shambles, failed by capitalism, left its last customers clawing each other’s eyes out over remaining supplies in shopping malls. The currency of the realm is cookware and whatever fragrant soaps are left inside the dystopic battlefields, run by gangs and commanded by martial might.

The artwork, drawn by Zak Hartong and colored by Addison Duke, stays realistic  with enough action to keep my eyes feasting on the carnage. I especially like looking in the background for storefronts or merchandise still visible in the structure that once provided luxury goods to carefree humans. These humans show little humanity, as they adorn themselves in the trappings of whatever section of the mall they inhabit. Executioners carrying out rulings dress in referee uniforms battle enforcers from Hot-Topic-like stores in dark make-up and plaid skirts. Each time I see a character use a new weapon or other prop, it’s fun to wonder which section of the mall they scavenged it from– then disturbing to wonder what they did to acquire it.

This mall isn’t just a building; it’s a survival ground for characters living in complex caste systems based on their status within the walls of consumer-driven capitalism. As a setting, an over-sized Mall of America style building served as a perfect battleground for humans on an Earth no longer hospitable to our species.  I learned a ton about the world in the first issue without being overloaded with any information dumps, the smooth lettering by Jim Campbell never left me struggling to follow the intricate story. I can’t wait to learn more regarding the protagonist Andre, especially his father’s high status, connections, and how long he can survive being the mall’s most wanted. As the story says, malls seem huge but become very small when they become war grounds between desperate people, as anyone who’s camped out for Black Friday can attest.

I give Mall a 10/10 and recommend you start shopping online.

Find Mall from Vault Comics Here on their Website! 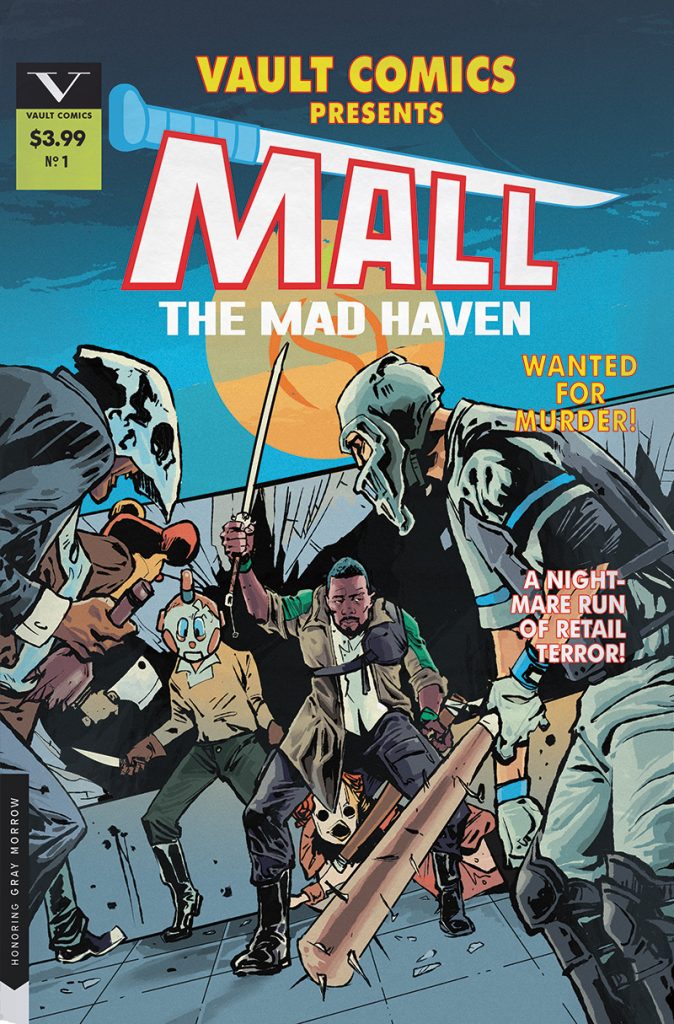