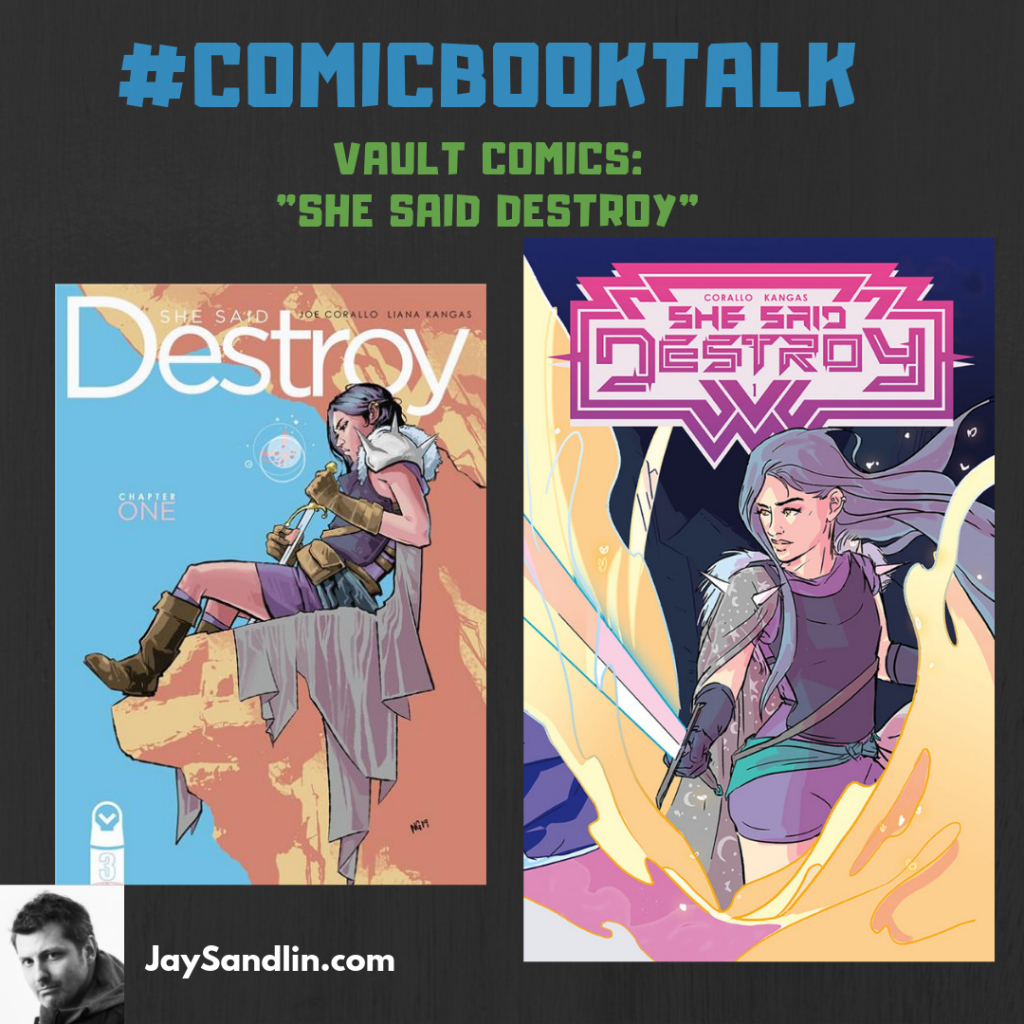 She Said Destroy is an age-old battle of light vs. dark, with the distinction that the light seeks to burn your f’n face off. Corallo married space opera and fantasy. Sometimes, “magic in sci-fi” stories feel a lot like ice-cream mixed with Shortlandia value brand ketchup– they don’t mix and they give you the squirts. SSD delivers a battle between dead pantheons; gods vs. mortals, set in a magical world so fun it makes Hogwarts look like muggle summer school.

While I’m singing this issue’s praises, would someone at Vault Comics make me an “I am Jackelyn of Fey, you go no further,” t-shirt? Seriously, the badassery of SSD’s female line-up is showcased like stellar nurseries of divine splendor, but presented in a tone understated enough for our single-planet minds to understand. 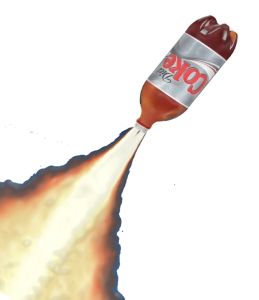 FYI: In Shortlandia, our space program now consists of a ten gallon drum filled with diet dr. pepper and a carton of mentos.

In SSD, the cosmic universe manages to look sharp, crisp, and easily interpreted, a testament to artist, Liana Kangas, who I feel avoids the trap of obscurity in cosmic space art of leaving the reader confused as to what they’re seeing. While ambiguity is often fun and inviting, I’ve never loved the “stare at the wall poster” style of space art which leaves me scratching my head before reaching for another corporate-funded comic (gasp!). The book also appears to be colored in pencil, providing a highly refreshing serene tone set against the backdrop of epic level destruction, another seemingly incompatible union pulled off by a talented artist.

The book takes place set in a world where there were once gods, but now the gods have been mostly forgotten and died away. Sucks, huh? At times, the pacing feels a bit all over the place; avoid reader’s whiplash, as Corallo introduces this vast world to the reader by way of striking the match, then lighting the fuse. With so much content squeezed in a single issue, letterer Melanie Ujimori rose to the challenge by introducing captions managing to stay short, sweet, and informative. The placement of the captions came across as organic as the artwork, another great union between often conflicting ideals; many great comics suffer from a “yellow billboard” syndrome, making the reader feel like pop-up ads barged in “Kool-Aid Man” style in the middle of their favorite artwork. For my current creator comic projects (stay tuned for more news there, Shortlandians) I will recommend Ujimori as a model for great lettering. Excellent work!

She Said Destroy is available from Vault Comics online, but please consider buying it from your Local Comic Shop (#LCS)