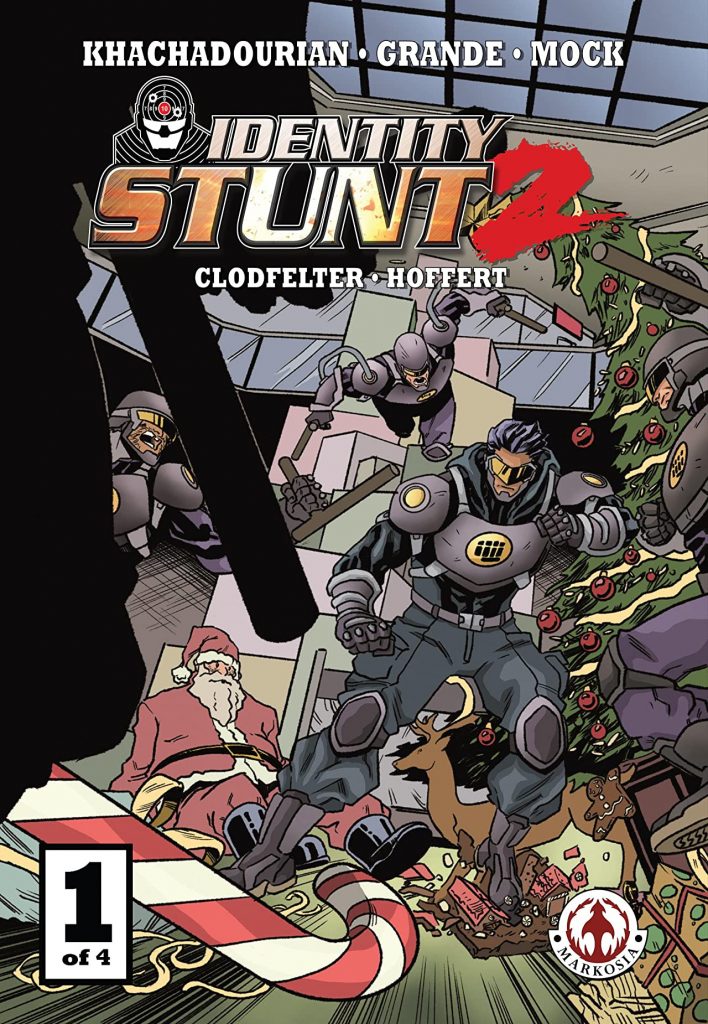 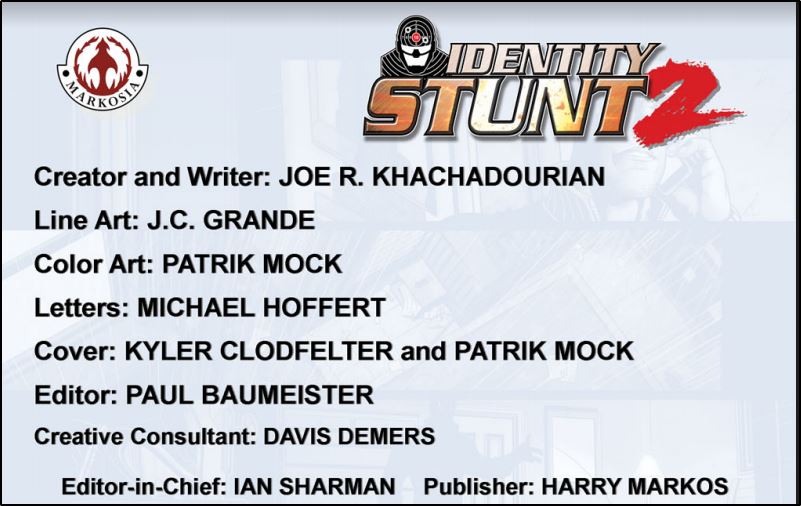 “Die Hard” – Former stuntman Sami “Sam” Nasser is finally piecing his arduous life back together, having narrowly survived a torturous experience with a psychotic gang lord six months earlier. As promising new opportunities present themselves to the Nasser family this holiday season, so does an unfamiliar adversary, long hidden by the shadows of the underworld, and now clawing at the threads of unanswered questions dangling in the back of Sam’s tumultuous mind. Christmastime is here again, Studio City, and it’s brought with it a battalion of ballistic Beatdown doppelgangers, all ready to deliver one sinister message to Sam Nasser: What Father wants…Father gets! ”

Check it out on Comixology

The Christmas season is full of stress and Beatdowns, as Sam parkours his way through the ups and downs of juggling fame and vigilantism. Being a dad during the pandemic is already a living nightmare, but the stakes are life or death in a high-stress, and highly volatile, field for Sam, stunt man hero! 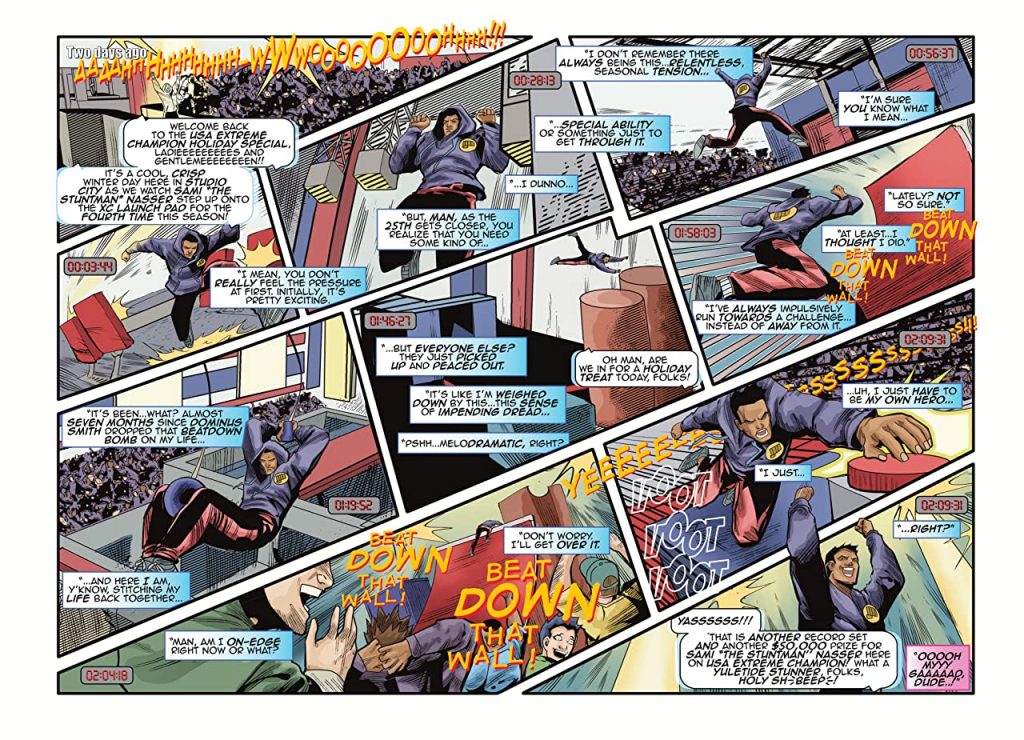 Readers will relate to Sam, despite him being a costumed warrior. He’s got a daughter, a job and he’s attempting to be a great dad after lots of trauma. There’s also the pandemic to remember, attempting to return to normalcy is on everyone’s mind. It makes me question if “normalcy” exists or if it ever existed? And is it an idealized concept we see through rose-coloured lenses after a year of wearing a mask and social distancing? I don’t believe returning to the old “normal” is acceptable. If anything, the pandemic exposed the many problems we had in a world that worked for so few. For all my bitching online, I’ve never accepted that our best days are behind us. I’m an optimist, I believe they’re still out in front. Why go back? Let’s move forward. 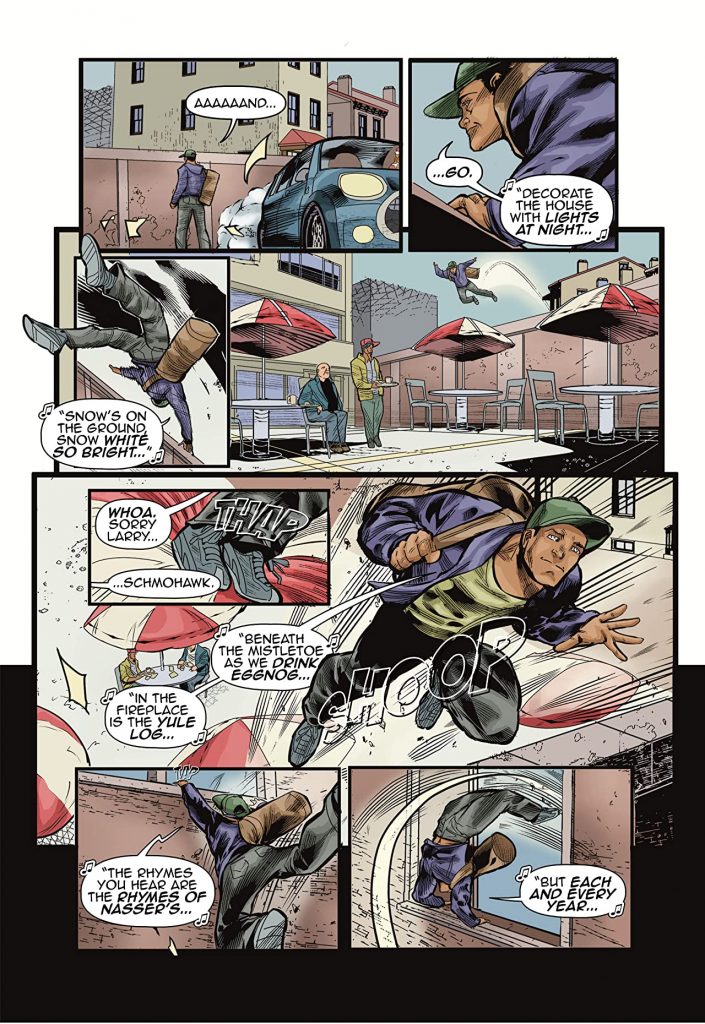 Sam wants to move forward too, but I think his main goal at this point is keeping his head above water. The art and colouring are superb like the first issues, they give me a real sense of classic comics with character movements and details implied by the sequential movement from panel to panel, which my eye easily follows. The action is tightly-paced and relies heavily on showing, not telling, which is fitting for the story and genre. The writing is great and I had a real laugh out loud moment with the line “Double Dare” reject. The Nick kid in me loved it, even if I was more of a Legends of the Hidden Temple fan. 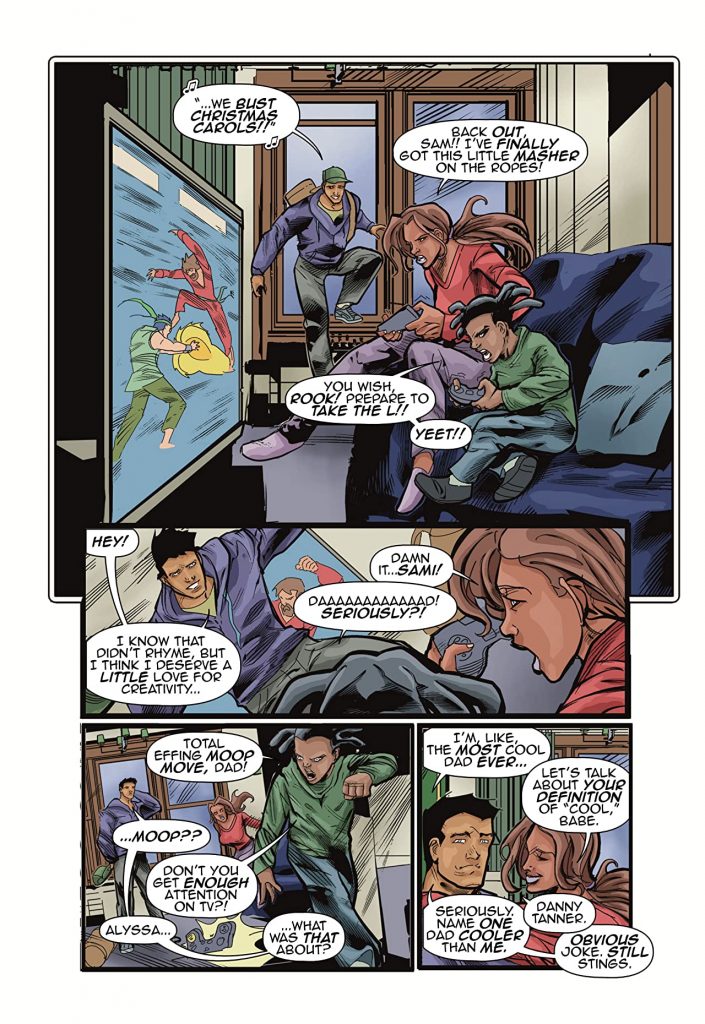 In terms of constructive criticism, you can say the story jumps around a bit, much like the protagonist himself. The father villain gives off serious Mojovision vibes, which I happen to love. The series feels like a mix of parkour Mojovision anyway and would make a great reality TV show for quarantine streaming. Someone get on that, please?

All in all, I give high marks to Identity Stunt’s kick off to Vol 2. Going forward, I hope to see the human element explored deeper, especially with Sam’s relationship with his daughter and Tracy. This father villain also interested me, learning more about his motives going forward. And if the dude is so bad, why does he always wear a mask and keep his distance, communicating via facetime? Maybe he’s just misunderstood!

Check it out on Comixology