“Villainous follows Tilly, one of the newest super-powered beings to join the Coalition of Heroes through their sidekick program, as she navigates the dizzying world of Super-Heroes. Working with her idols should be a dream come true, but when she learns too much too soon, Tilly’s dream quickly turns into a nightmare. As she learns more about the sordid history of the CoH, Tilly has to make a choice – Get in line and stand with her heroes or take a stand and risk becoming something more… Villainous.” — #ICYMI: A Showcase Gone Mad with Announcements!

Mad Cave is family and Stonie Williams is good people. I feel I’ve gotten to know him pretty well since we both we’re hired as writers through the initial Mad Cave Studios talent search in 18– incidentally it’s running now for 20, go check it out.

Like me, Stonie learned really quick what it was like to work a team– a real team of professionals putting out independent comic series and collected graphic novels. It was amazing. We learned a lot of lessons like cooperation, compromise and letting ideas take root in our mind as ugly seeds which latter blossom into thriving botanical art, like anything Poison Ivy creates on Harley Quin.

Have you seen that show yet on DC Universe? It’s awesome. If you haven’t seen it yet, go fire up DC Universe with your friend’s password and check it out. 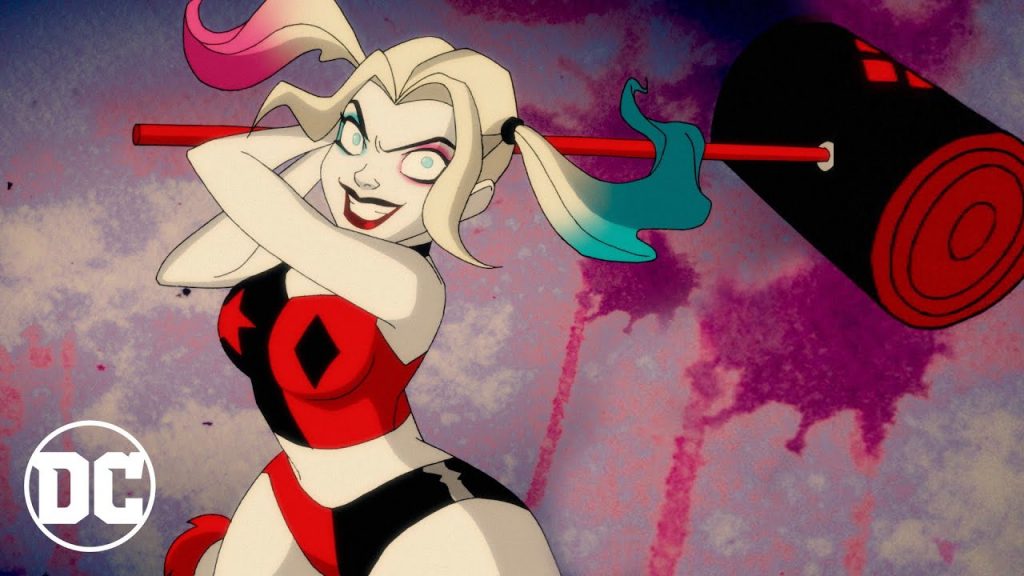 Villainous is City of Heroes brought to life, with a colourful cast of misfits– it’s the bumbling sidekick in all of us!

Are you back now? Good. The main thing Stonie and I learned about working in comics is patience. The job is never a sprint, it’s a marathon where you hand-off your baton to the next one on the squad, fumble the baton and send an alternate to scoop it up, then cross the finish line. Working with a team with MVP’s like the book’s artist, Jef Sadzinski, (Mad Cave Studios, Show’s End) His graphics place me in a dark-carnival feeling mix of Gothic with Bohemian for a spectacle which tastes like sticky-floor popcorn mixed with blood. Jef branches out from the early twentieth century urban fantasy and in comparison to SH his style feels brightened up here with a deep superheroic feel, feeling at home in the silver age but with the modern-day high quality page look Mad Cave is known for. This brighter, optimistic style is the result of colourist Joana Lufaunte’s (IDW, Boom!, Mad Cave Studios) contribution, keeping the look crisp, sharp and believable while remaining in a city of superheroes. It has the feel of my favorite MMO from college, City of Heroes. Back in the dorms, I played that until 4 am some nights, on Alabama college wifi, which gave the game about the speed of molasses running down a snail’s back.

Justin recently appeared on GeekOpedia podcast (Find their episode “Days of Covid, Comics and Karens HERE) with Mad Cave publisher Chris Fernandez. Justin and Chris agreed a comic letterer is like an offensive lineman. They do their jobs perfect and no one knows you’re there. It’s why they’re the team’s most often ignored success. I don’t always understand sports speak, I was picked last for every team involving a ball. But I understood enough to know how important lettering is and how much a book suffers when you skimp out. This may be hyperbolic, but sending an untrained graphic artist to letter a comic is like giving a kid a driver’s license and expecting him to race the Indy500. The lettering is an art unto itself which can make or break the book and Birch has more wins than Lightning McQueen, Ka-Chow!  The book is written in a font that’s fun but always easy to read, keeps the story flowing without distracting from it– I especially like his creme-lite choice for the story captions, reminded me of some classic comics in the silver age but with crystal-cut clarity. So if you love your comic then why don’t you put a Ringo-nominated letterer on it, like Justin Birch? He’s lettered literally every comic I’ve done, he knows what he’s doing. And he keeps doin’ it in Villainous.

Stonie makes great choices in Villainous with how to tell the story. Every writer makes choices not only in the story but in how to tell it. Story ideas come in rushes, like a waterfall. Any kind of writing is like trying to cover this really elaborate painting you’ve made, poured your soul into, and deciding the best way to yank back the tarp for a most-excellent reveal. Every writer must decide how to balance showing and telling. Stonie opens by showing the world very well, the cops are talking about the damage caused by villains and wishing heroes’ justice was more permanent– in a lethal fashion. From there, Stonie decides to show the world by dropping in on a corporate training video. We’ve all seen these, right? Cheesy-graphics a business probably spent big bucks on to look cheap, while providing you the basics of what to expect before you go into the salt mines of employment. This particular employment is the job of sidekick, which is like an entry-level position in the CoH organization of superheroes.

After sitting through a morning briefing from superhero regional manager, Pillar, a reptillian rookie hero, Lizzy, gets her first assignment– her dream job. She finds out she’s going to shadow Showdown, a hero oozing toxic masculinity who looks and acts like a cross between Booster Gold and Biff Tannen in a cape. Seriously, this “superhero” immediately gives his eager-apprentice, Lizzy, a laundry lists of tasks which include literal laundry. He treats her like dirt, but she sucks it up because she’s just happy to have a job with the CoH. Stonie does well showing her abilities through the menial tasks she performs for Showdown, definitely the results of Jef’s clever line art depicting her reptilian flexibility and agility. I especially like the way the writing and art showed her in one panel getting off a shift, her neck bent against a wall at a near 45 degree angle. This sidekick’s got some serious elasticity which would probably make her great in a fight, but Showdown would rather treat her like an unpaid intern. Stonie chooses to make this relationship of unequals very obvious and telling, which I judged to be a commentary on the overall imbalances of power and roles in the modern American workplace. At first, I questioned if Stonie could’ve shown it in a less obvious, low-key, manner, but I like how the story shows how people of fame or authority treat their “lessers” when the camera phones are put away. I love the way he and Birch showed more of the story and world, making it feel more at home and familiar as Lizzy texts her friends and family. Hey, even sidekick lizard-heroes gotta get their hash-tags on to get through the day. Very nice touch!

Everyone can relate to hating their boss, Showdown is, in fact, such a pretentious asshole that I wasn’t surprised just a few pages in when he openly brags about preparing to murder someone while coming on to a co-worker in the breakroom. Captain Uncomfortable casually admitted to planning murder, shocking Lizzy with the lines in her expression drawn to hilariously convey her surprise in a colourful way. (Kudos!) 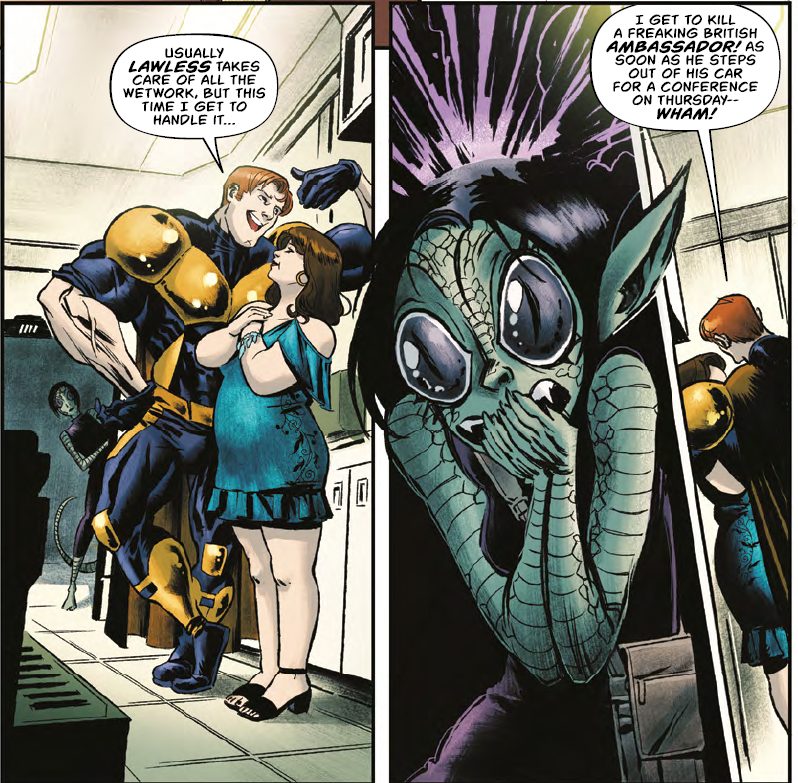 Someone call Toby, this CoH needs an HR-Man. 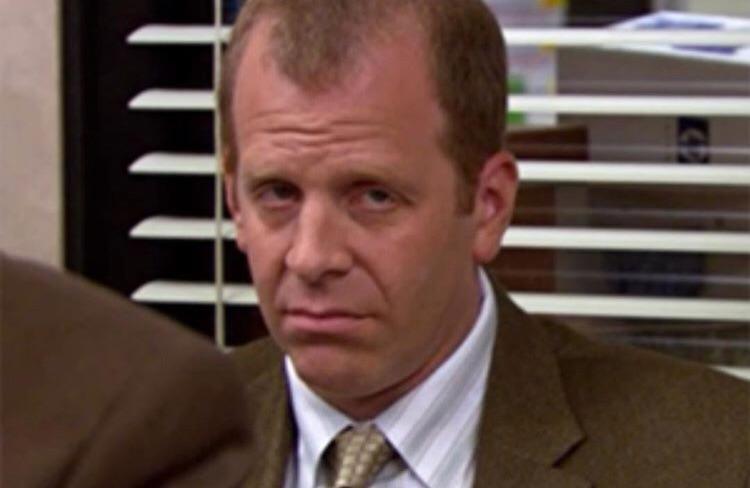 Stonie’s script really makes me feel for Lizzy, she’s experiencing the worst possible first-day at work for a sidekick. When the over-worked and underappreciated Lizard intern overhears her direct supervisor’s blatant violation for Coalition code, she does the right thing by reporting his behavior to Pillar. Pillar’s a kind woman, she told Lizzy she was special. She’ll believe her right? Hell no! Any healthy workplace requires an atmosphere where the workforce feels a degree of safety and trust. Sadly, this is all to rare in many workplaces and the coalition proves to be a Justice League for hypotcrites. Lizzy’s bubble gets popped in the worst way possible, as Pillar destroys her superhero-worship with cold hard facts:  heroes aren’t always  heroic.

I’m not going to spoil the entire book but Lizzy’s first day leaves her world shattered, her prospects literally exploding in her face when her world gets turned upside down and she must decide who are the heroes and who are the villains without having time to think. It’s going to be a wild ride for the next four issues.

Personally, I can’t wait to strap in and enjoy catching the rest of this dysfunctional version of the Office meets the Superfriends. 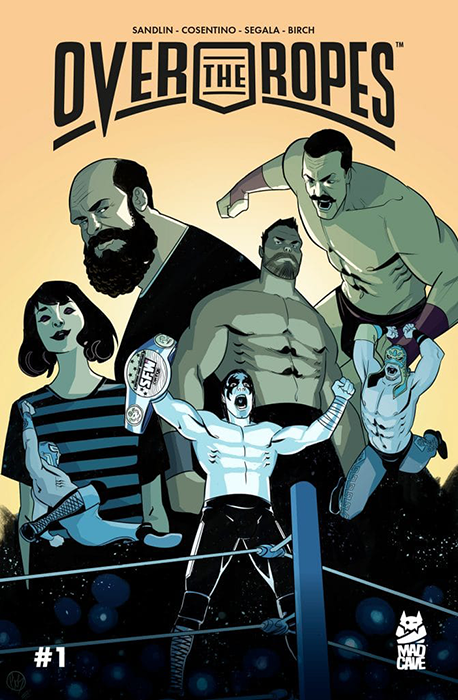 Over the Ropes, Vol. 1: ORDER HERE

Step Over the Ropes & into 1990s wrestling of crooked promoters, factions, families, and a young man, Jason Lynn’s #IWillRise journey to be more something more. A true underdog story for everyone. 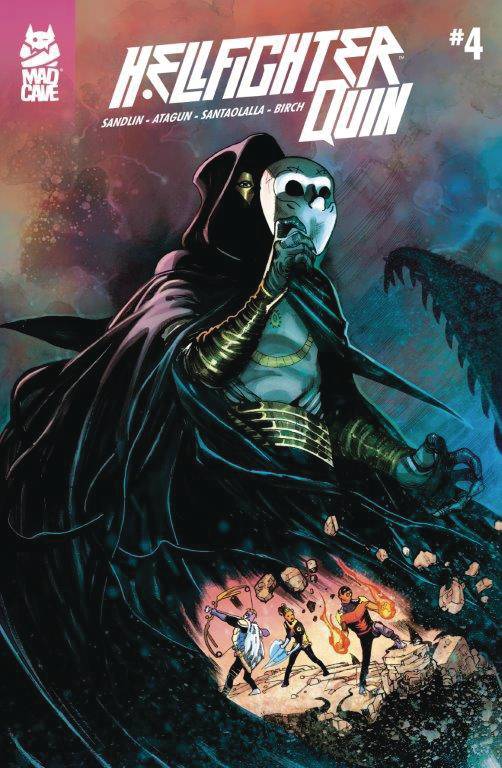 Quin & company face new opponents, danger in this Battle Royale for the Azure Sun, with surprise results. Quin plays the odds, the Doomseer’s identity is revealed at last! Come see what’s in store! 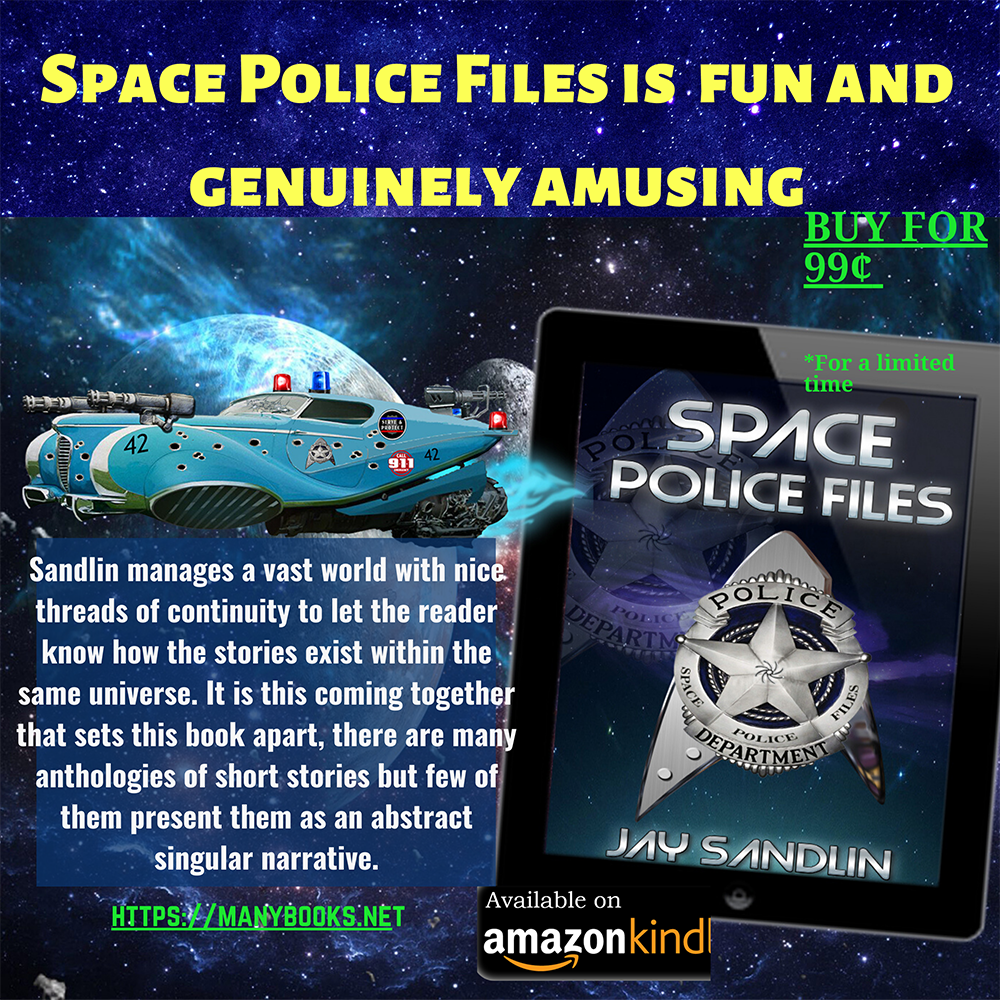 Special thanks to ManyBooks.net for their review of #SpacePoliceFiles, my #SciFi short story collection.