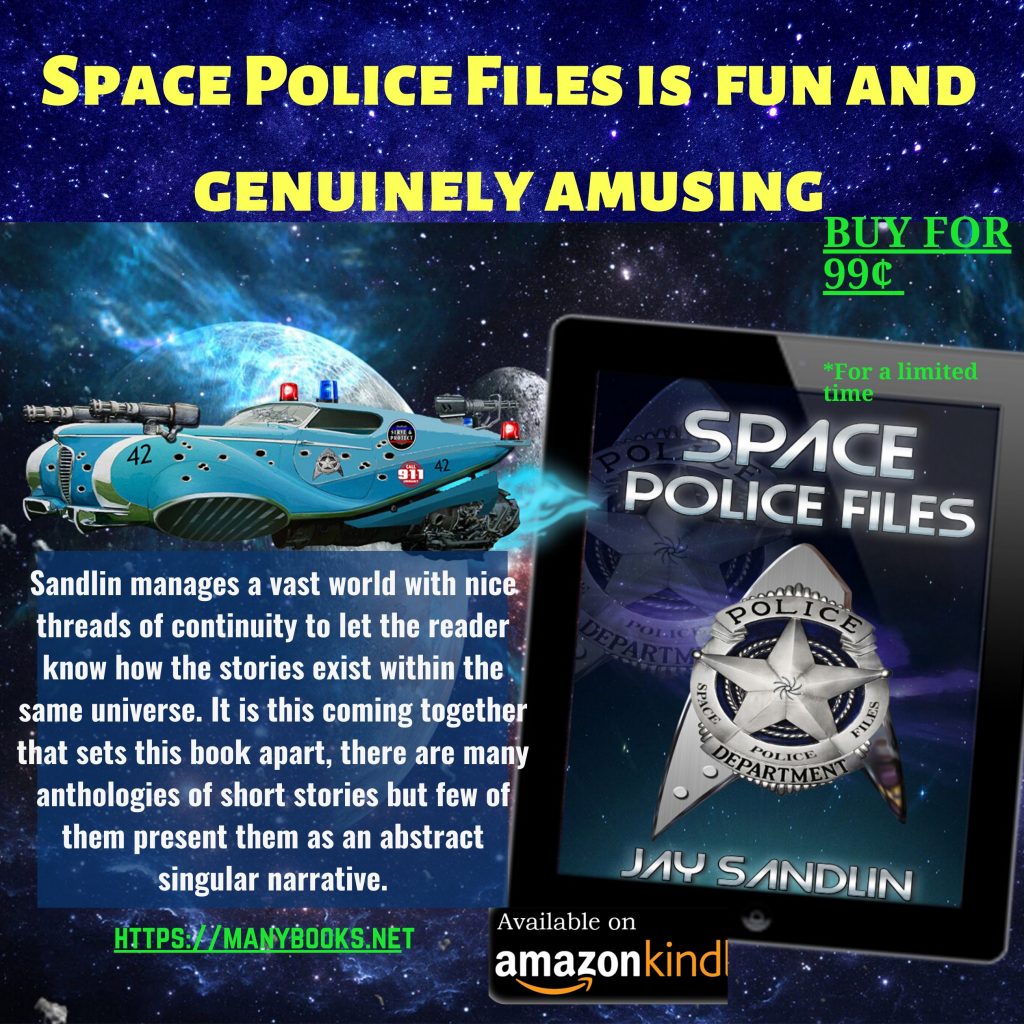 Space Police Files takes the concept of a police files special and makes it intergalactic with a wide cast of characters from different species, planetary plots, and good ol’ fashioned departmental politics.

First, we meet a tetchy police negotiator – not quite literally – tackle a hostage-taker on his first day. While what follows is a somewhat blue comedy of errors and a nice little twist, the story itself could fit into a larger narrative quite well. The same can be said of the second tale, which centers around the apparently sadistic methods of a renowned agent putting a new cadet through his paces. Through all the rigmarole and cat vomit, the new Nematoadian cadet utilizes his stretchy limbs and chameleon scales at the behest of the legendary Otto.

The third story in Space Police Files follows the cleaved society of the upper and underclasses. Dragged from her life by armed police and offered the chance of a lifetime, Shariff is pressed into surrogacy and taken to the Upper City that no one from her world has ever seen. What she finds in this utopia, however, is disturbing to say the least. Then comes the distressing case of the Duplicate Policy which should prevent any person’s clone from taking over their life – but what happens when the clone is vastly superior to the original?

The ultimate story follows detectives hot on the case of a noir style slasher, on a spooky planet perpetually cloaked in night. This final tale draws threads from the previous case files and ties them up quite neatly, with the hint of further adventure for some of the characters we only briefly met.

With quite distinctive humor, Space Police Files is a fun and genuinely amusing book. Sandlin manages a vast world with nice threads of continuity to let the reader know how the stories exist within the same universe. It is this coming together that sets this book apart, there are many anthologies of short stories but few of them present them as an abstract singular narrative.

Jay Sandlin has created a very enjoyable and amusing read with an interesting take on the future in a series of connected case files. 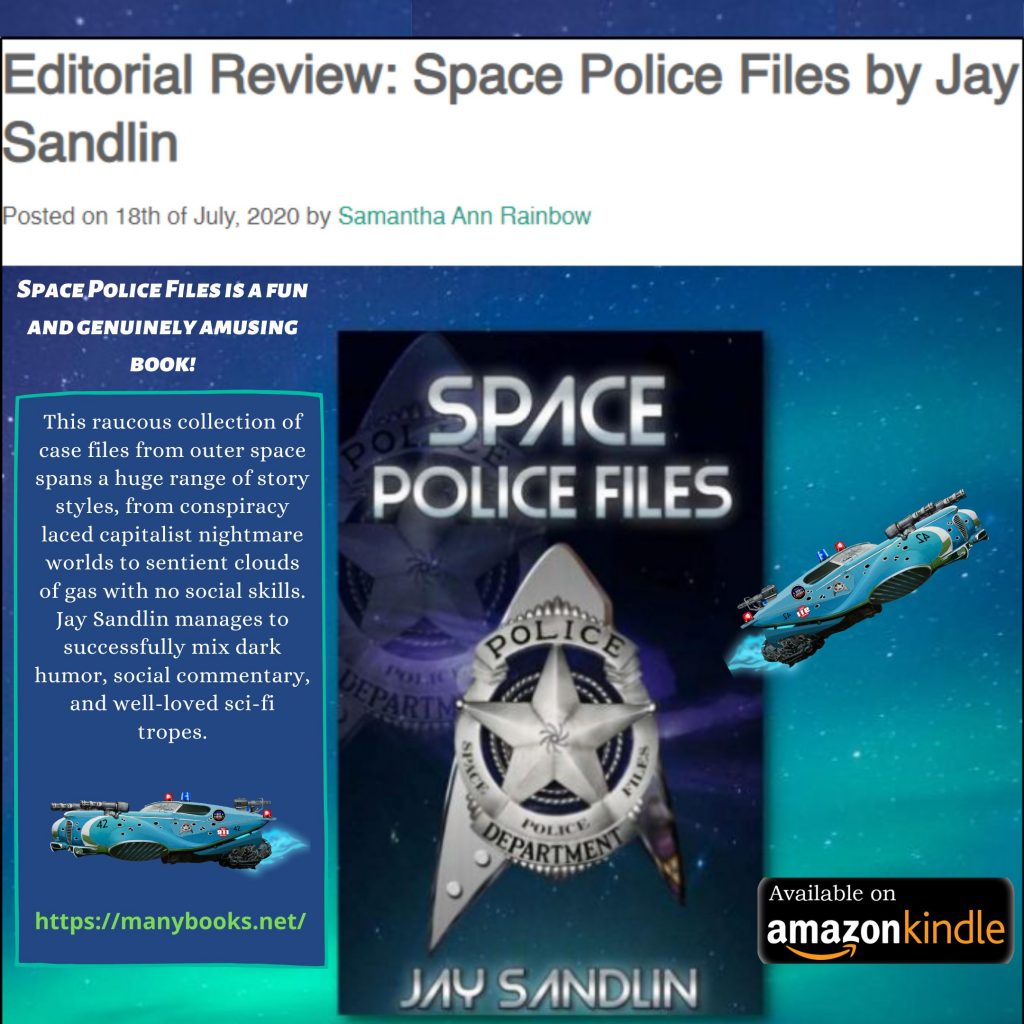 « Podcast: Don’t Have a Cow!
GeekOPedia: Paul Jenkins: School’s Back »