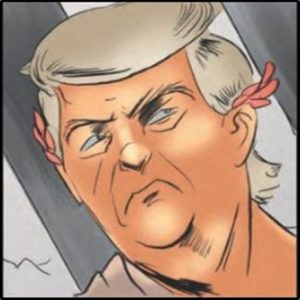 Read for free on Webtoon!

False Edicts is an irreverent piece of comedic satire, placing the modern American political arena against the backdrop of Ancient Rome. The leader of this bungling senate appears very familiar, with orange skin and a terrible hairline, shouting down every story against him as “False Edicts!” as he attempts to make Rome great again. Follow the chaos as other Senators attempt to elicit truths when a plague runs rampant throughout the Roman Empire.

Read for free on Webtoon!