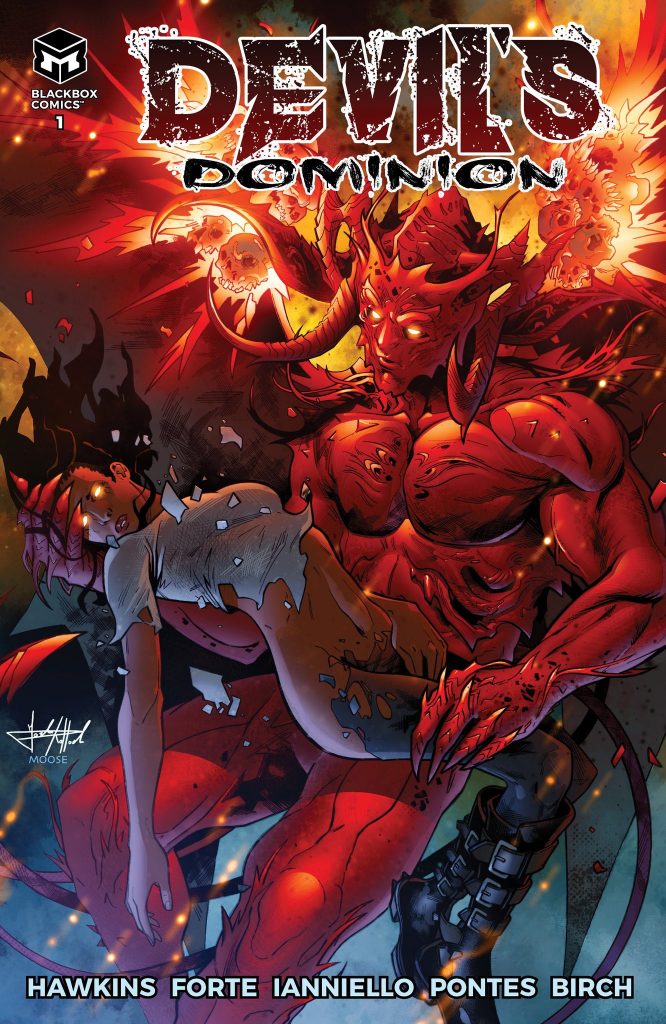 “Devlynn St. Paul sold her soul to the Devil to stop the horror being done to her by her brother. But she reneged on the deal. Now, she’s on the hunt.”

If you’re a fan of Constantine, Supernatural or Justice League Dark, you’ll love Brian Hawkins’ Game of Demons: A Tale of Fire and Brimstone. Actually, the title is Devil’s Dominion coming Dec 30th from Blackbox Comics. I’d describe it as Dante’s Inferno set in urban fantasy, with a gritty protagonist looking to raise hell before they’re tossed into it.

Hawkins does a great job of dropping readers into the story, with opening lines I enjoyed like, “Hell is very much real. And trust me, it has nothing to do with heaven.” Hawkins gives us just enough about our main character, Devlynn St. Paul, without giving too much. In the opening pages, you know she’s damned, sold her soul to a demon and tries to help others in her position. I’m a longtime fan of demonic lore, from the Winchesters to John Constantine. Demons exist as a metaphor for the illnesses within us, whether physical or mental. Devlynn obviously has her issues and Hawkins does a great job of telling and showing her problems while still leaving me with questions. What/how did she sell her soul to a demon? What was happening to her which made it seem like a preferable fate to whatever she was experiencing? 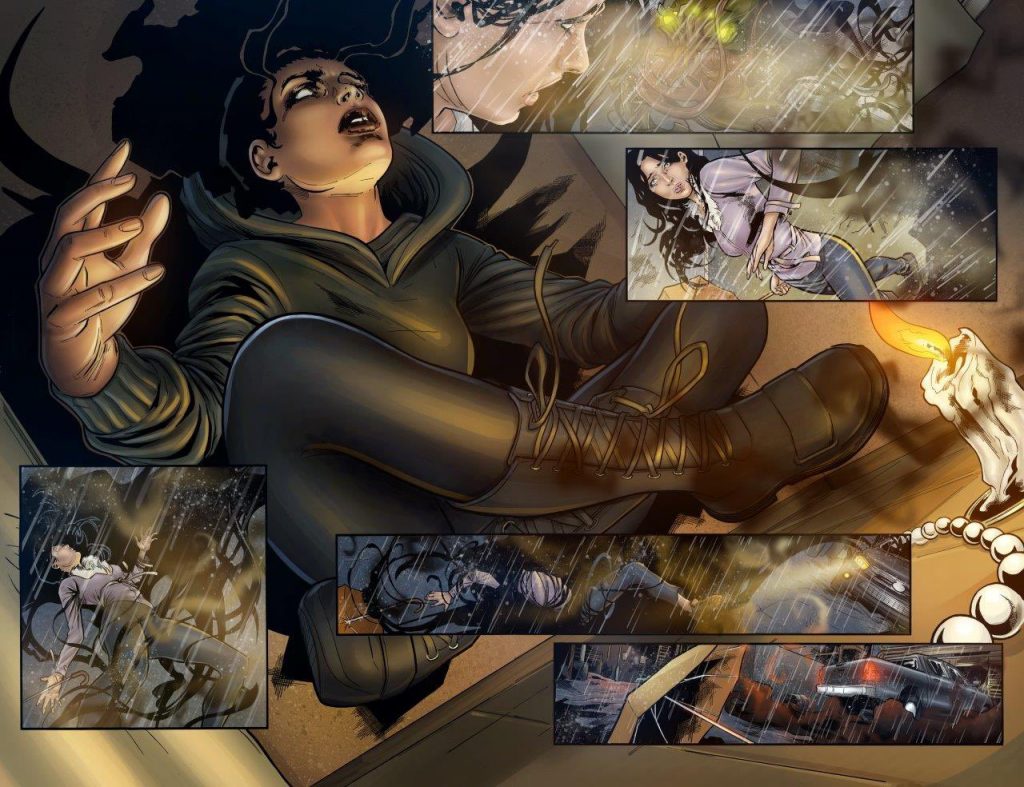 Hawkins also does a great job of setting up the rules for his world, showing the reader how demons may latch on to people to carry out their sinister goals. In this area, he’s aided greatly by the art and colouring. Raffaele Forte, Sara Ianniello and Carolina Pontes go full urban in their fantasy giving us a great world of noir with streets Dick Tracy himself would be proud to walk. Aside from the settings, the seamless swapping between humans and demons shows the struggle the characters experience with evil better than words ever could. Special props to Ianniello for giving distinct looks to the demons, great instances of body horror and variety between them. The colouring from Pontes helps out here as well, each demon felt more distinct by their variety of skin tones (do demons have skin? Is it scales? I digress…) showing that evil truly comes in all colours. Of course, my friend Justin Birch, the MVP of comic book lettering brings his usual professionalism to the letters. The font is eye-candy and easy to read and I really liked his chosen caption boxes, reminding me of scraps of parchment left across the story. Never standing out, but always making comics flow and shine like lettering should do.

Without giving away any big spoilers, we learn in this first issue that Devlynn has a demon and goes around saving the souls of others possessed by demons. This is great for the people she saves, but like most deals with Hell, comes at a heavy cost. The issue leaves us immediately wondering what the consequences of her Demon Punisher act will be and I have a feeling we’ll dive deeper into the depths of Hell as the story continues. 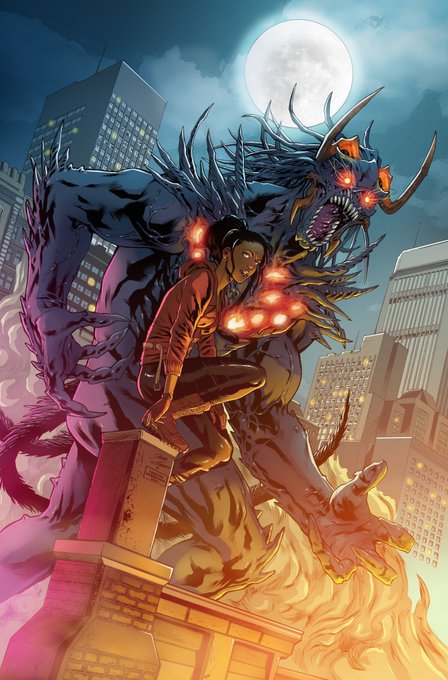 I give Devil’s Dominion 10/10 for demonic urban fantasy with an enticing lead character. Let’s see where this descent into the Underworld takes us next!